We spent our first week in Nepal in Pokhara, a medium-sized city centered around the Phewa Lake. Guidebooks of the area always feature crystal-clear reflections of snow-capped mountains surrounding the town, but increasing pollution in recent years has made the mountains a lot harder to see. Even though we were there in one of the clearer times of year, the views from the city ranged from hazy to cloudy, without a peak in sight.

Early one morning, we took a car up a windy road dotted with tourist guesthouses to Sarankot. The lookout there stands at 1600 meters, up above most of the haze. It was incredibly crowded, with people filling the the tower, clustered along the stairs, and spread across the grass at its base. Even packed in tight, we watched in awe as the sky slowly brightened, and a faint line of clouds hovering above the valley coalesced into the range of mountains. The sky brightened and colored until it was crisply blue, and then the fog spread up, we drove back down the hill, and the mountains disappeared once again. 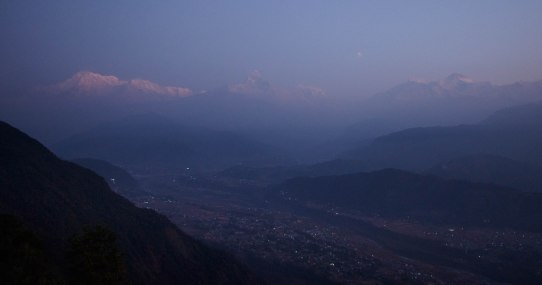 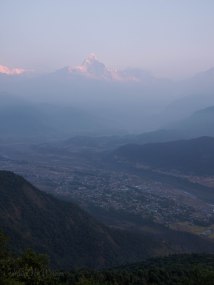 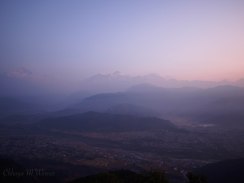 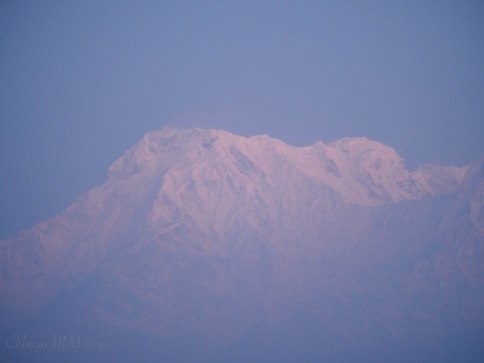 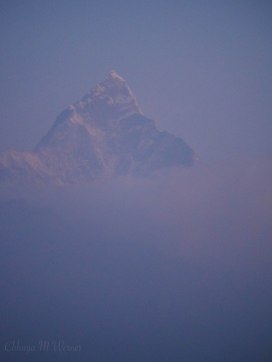 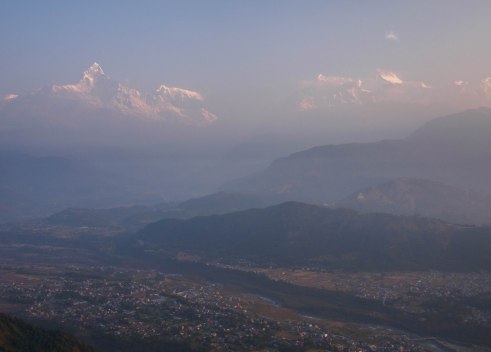 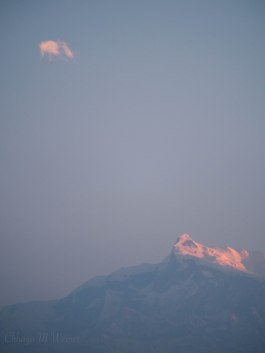 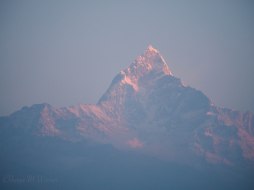 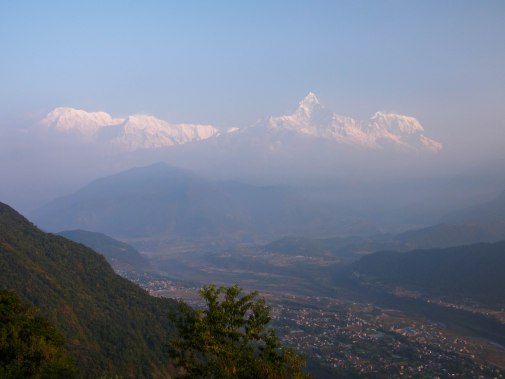 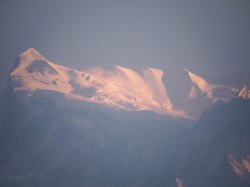 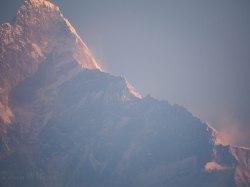 One thought on “Sunrise at Sarankot” 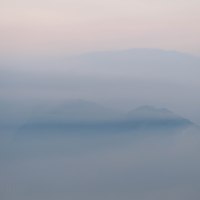 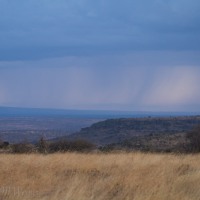 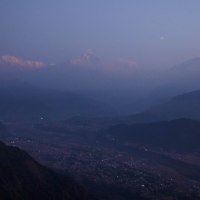 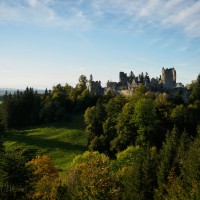 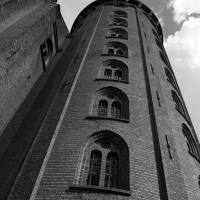 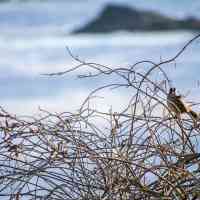 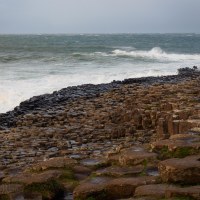 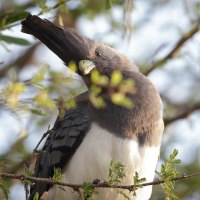 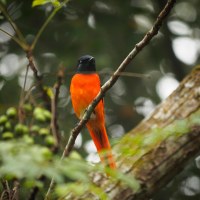 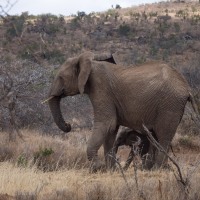